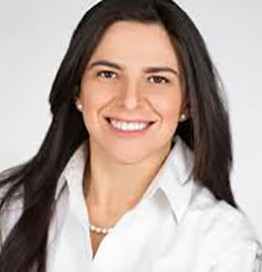 Margarita Sanchez has had a passion for Latin America since the day she was born. A native Colombian, Margarita boasts a decade-plus career that has brought her practice of international law to almost every continent on the globe.

Margarita is both an award-winning attorney and a risk-taking entrepreneur. After many fast-paced years practicing international arbitration and global anti-corruption at Arnold & Porter LLP, investigating fraud allegations for the Inter-American Development Bank (IDB), and serving as in-house counsel for Monomeros Colombo Venezolanos, S.A., she made the bold move to open Disan’s doors.

This working mother and coffee lover spends much of her time jet setting between Washington D.C. (where she drinks espresso) , Miami (where she sips cortadito) and Bogotá (where she enjoys tinto). She has a deep passion for teaching, which she fosters as an adjunct professor of law and frequent guest speaker. And she even started her own non-profit organization called The Mazo Foundation to provide free legal services to low-income individuals and start-ups from Latin America.

Margarita earned her JD at Universidad del Norte in Colombia and her LLM at American University Washington College of Law. She is admitted to the District of Columbia bar and the Republic of Columbia bar.