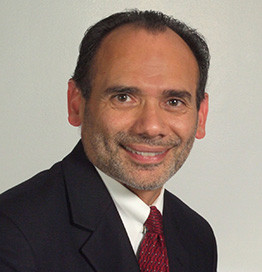 Jim Montes was named Touro Law Center’s Assistant Dean for the Office of Career & Professional Development in August 2014. Prior to joining Touro College Jacob D. Fuchsberg Law Center, Mr. Montes was a partner at the global law firm of Nixon Peabody LLP, based in New York City. His practice concentrated in public and project finance, primarily in public and private securities offerings and securities registration. He also served as bond and underwriter’s counsel in connection with tax-exempt and taxable bond financings. A sample of some of the projects Mr. Montes worked on while practicing law were the bond financings for the New England Patriots (Gillette Stadium), New York Giants/Jets stadium (MetLife Stadium) and the New York Yankees Stadium. During his tenure at Nixon Peabody, Mr. Montes also lead the firm’s New York State practice serving local municipalities as bond counsel. His legal experience is enhanced by more than 20 years as a senior executive in the banking industry.

During his career with Nixon Peabody, Mr. Montes created and chaired Nixon Peabody’s Latino Affinity Network, and was a member of the firm-wide Pro-Bono Committee and the NYC Recruiting Committee. In his role as chair of the Latino Affinity Network, he hosted law school events at the firm and has spoken on various panels about life as an attorney of color at a large firm. In addition, Mr. Montes has mentored and guided hundreds of students with hopes of entering the banking and legal profession. Mentoring the next generation has always played a big role in his life because he credits mentors in his own life for helping him reach the goals he had set.

In addition to Mr. Montes’s role as Assistant Dean, he is also the Law Center’s Director of Diversity and an Adjunct Professor of Law. Furthermore, Jim currently serves as member of the Board of Directors of the YMCA of Long Island and the Treasurer of the Puerto Rican Bar Association. He previously served as a member of the Stony Brook University President’s Advisory Committee and on the Town of Brookhaven Hispanic Advisory Board. He is a past member of the Allocations Committee of United Way of LI, and in 1999 he was appointed (and later elected Chair) by U.S. Treasury Secretary Robert Rubin to a Citizen Advocacy Panel to oversee improvements in customer service at the Internal Revenue Service.

He received a B.S. in Finance and International Business from NYU, and his J.D. from Fordham. He is a member of the Long Island Hispanic Bar Association and the New York State Bar Association. He has received numerous honors and awards, including the Town Of Islip Distinguished Service Award (2015) and Networking Magazine’s prestigious David Award (2014) for achievements not only as a business leader but also for his community work.