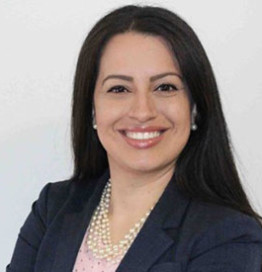 Catalina Cruz, Esq. is the Chief of Staff for Council Member Julissa Ferreras-Copeland, chair of the Finance Committee at the New York City Council. She previously served as the Director of Governor Andrew M. Cuomo’s Exploited Workers Task Force, where she coordinated the enforcement and outreach efforts of more than 15 state agencies. Ms. Cruz also served as the Counsel to the Immigration Committee at the New York City Council, where she worked on the oversight of the Key to the City outreach program, the Unaccompanied Minors Initiative, and the implementation of New York City’s municipal identification program (IDNYC). Ms. Cruz was the Counsel to the Division of Immigrant Affairs (DIPA) at the New York State Department of Labor. As Counsel to DIPA, she managed the Agency’s anti-human trafficking efforts. Before working with the State, she was a Staff Attorney at the Goddard Riverside SRO Law Project; representing low income rent stabilized tenants. She is the President of the Latino Lawyers Association of Queens County. Ms. Cruz holds a B.A. from the John Jay College of Criminal Justice and a J.D. from the City University of New York School of Law.